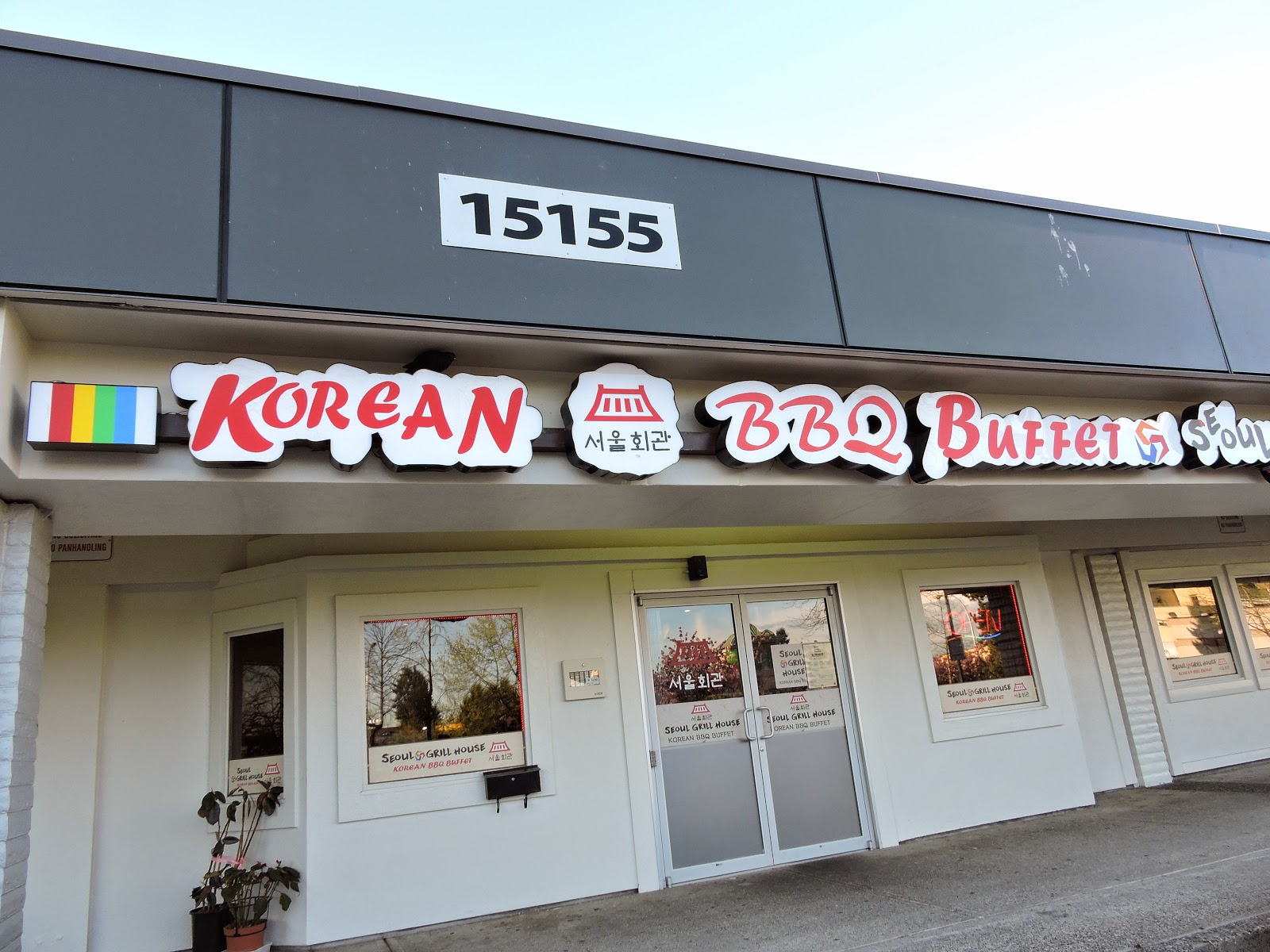 Buddha Girl had to do a 49-day vegetarian mission.  Being the supportive husband, I supported her by eating two vegetarian meals with her...yes, two.  During her first few days of the mission, Buddha Girl already began planning where her first carnivore meal would be, ultimately choosing one of her favorites, the Korean-style grilled pork belly. 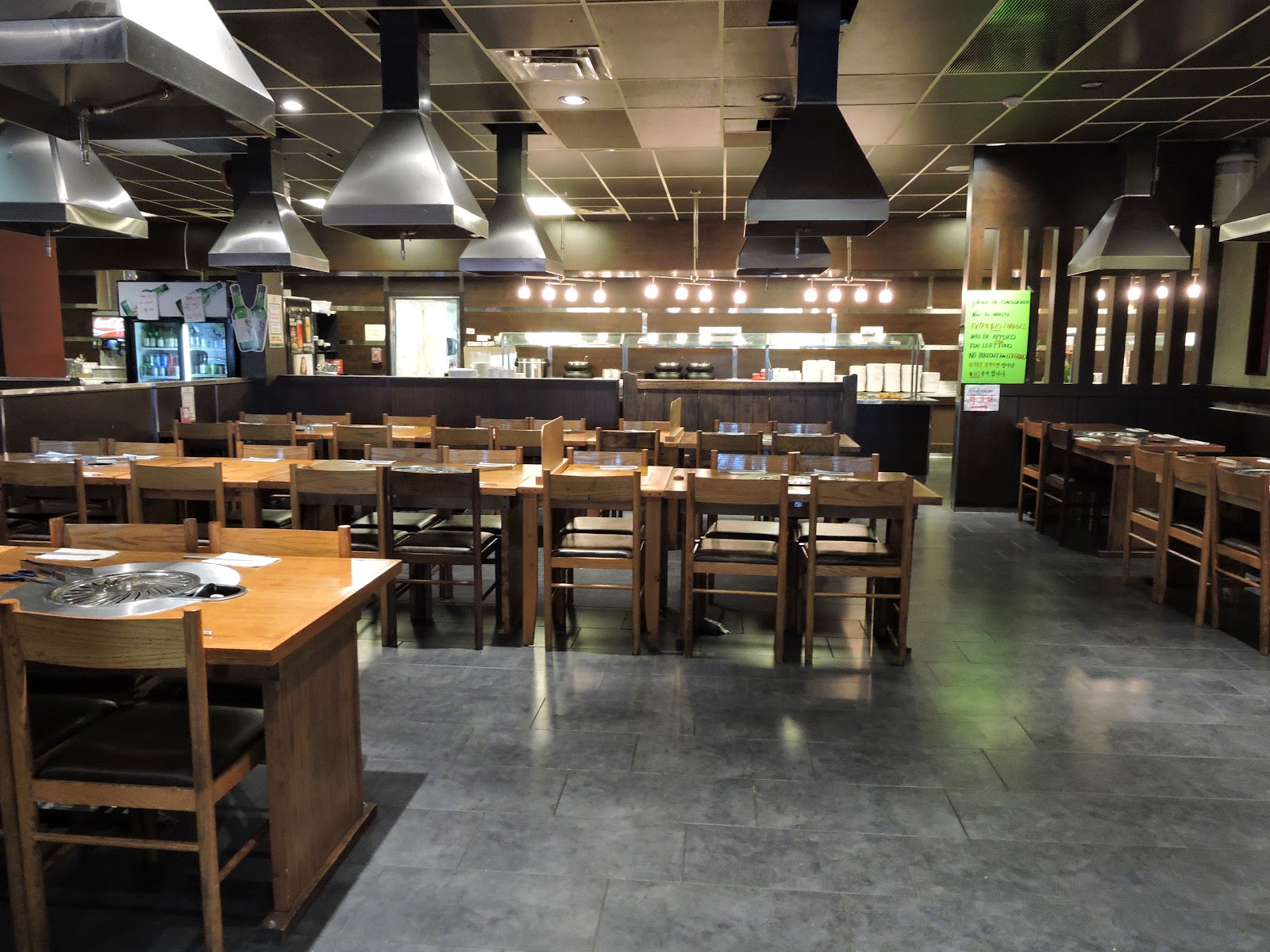 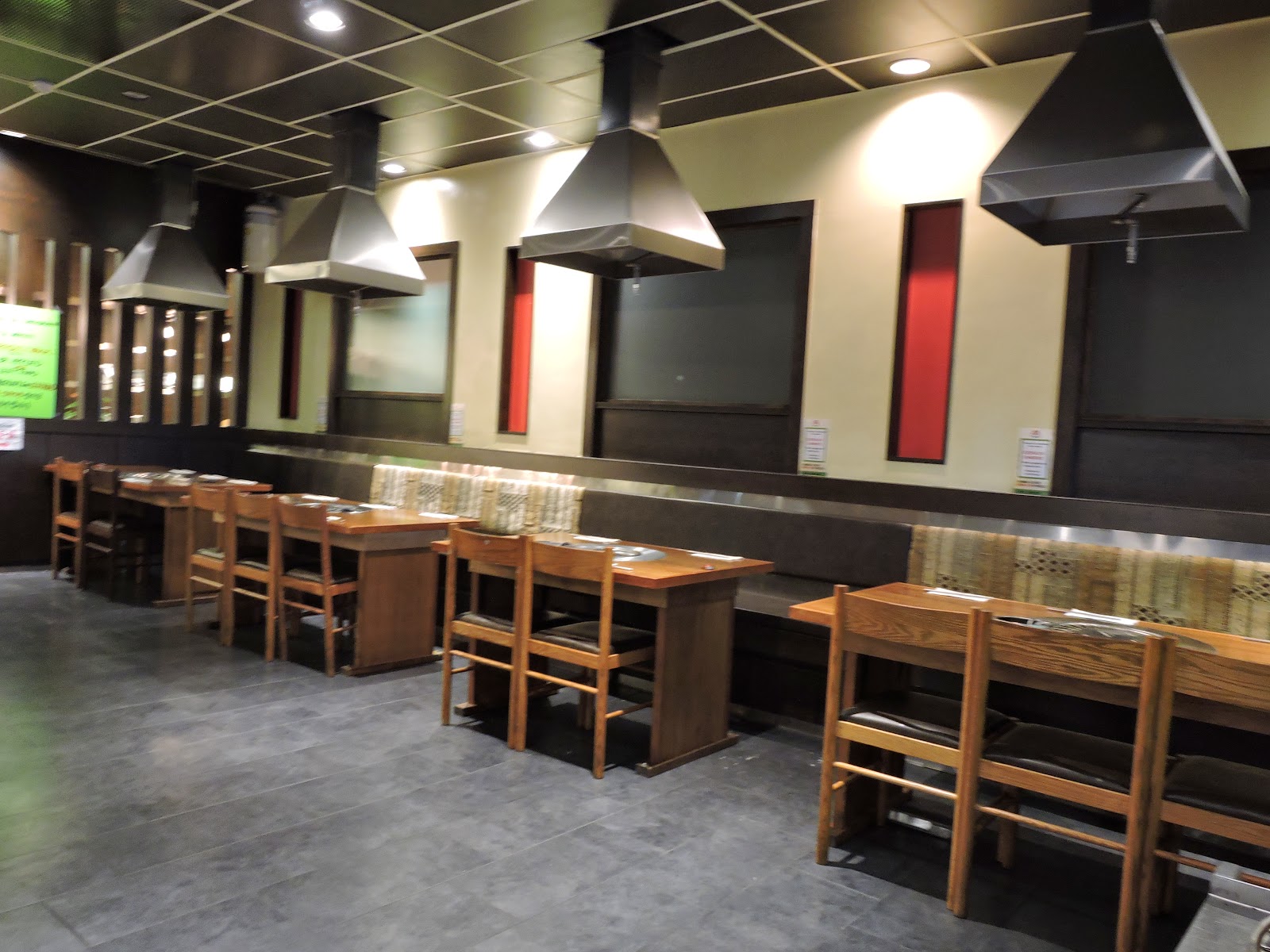 I recall, approximately four years ago, we drove by this area and this AYCE Korean BBQ restaurant caught our attention.  Few weeks later, we drove back here with friends only to find that the restaurant has changed to a non-AYCE.  Knowing my picky wife, we ended up somewhere else.

Now, with the buffet returning, we came ready to eat.  The restaurant was quite spacious with plenty of seating (booths and tables). 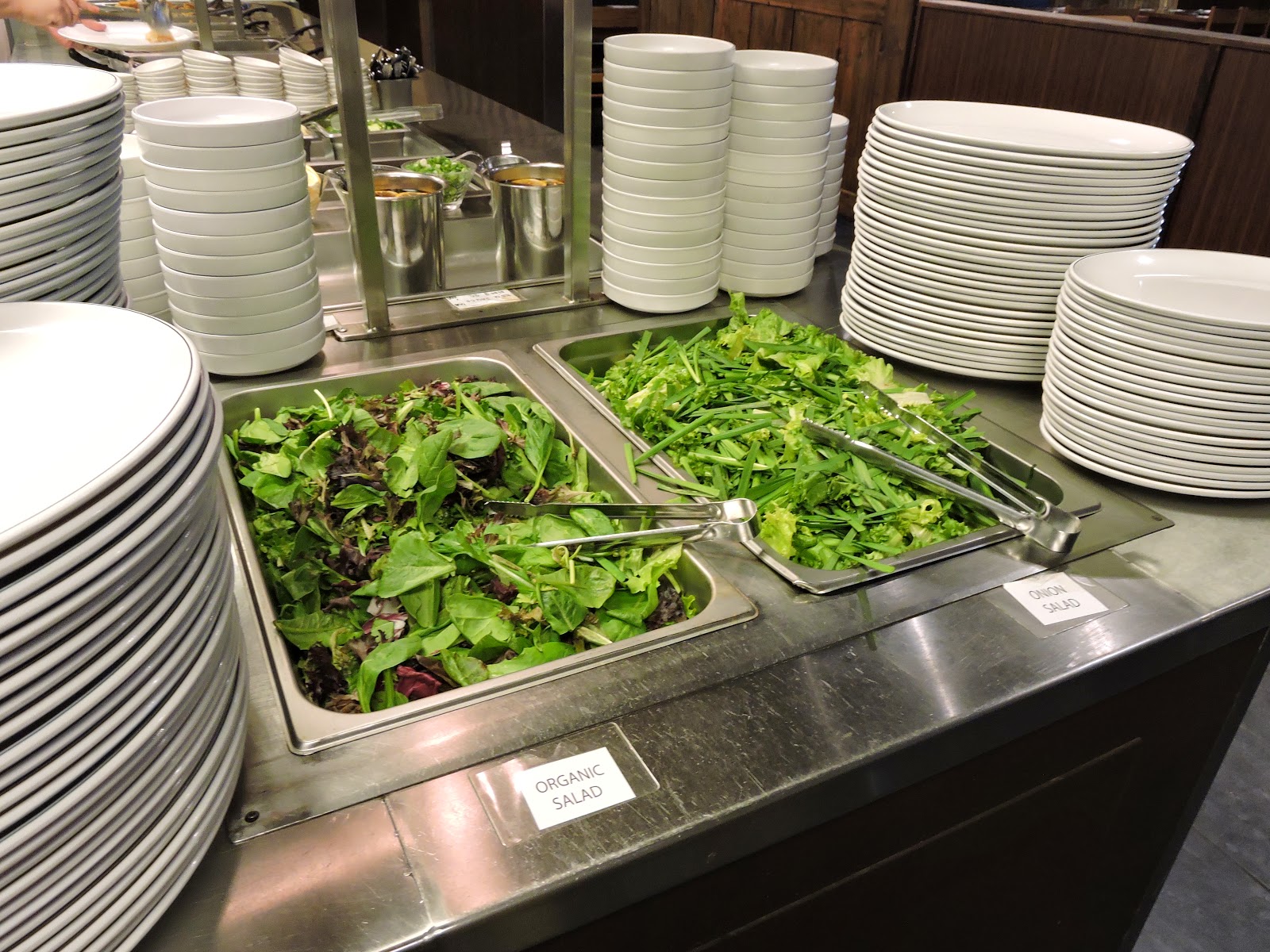 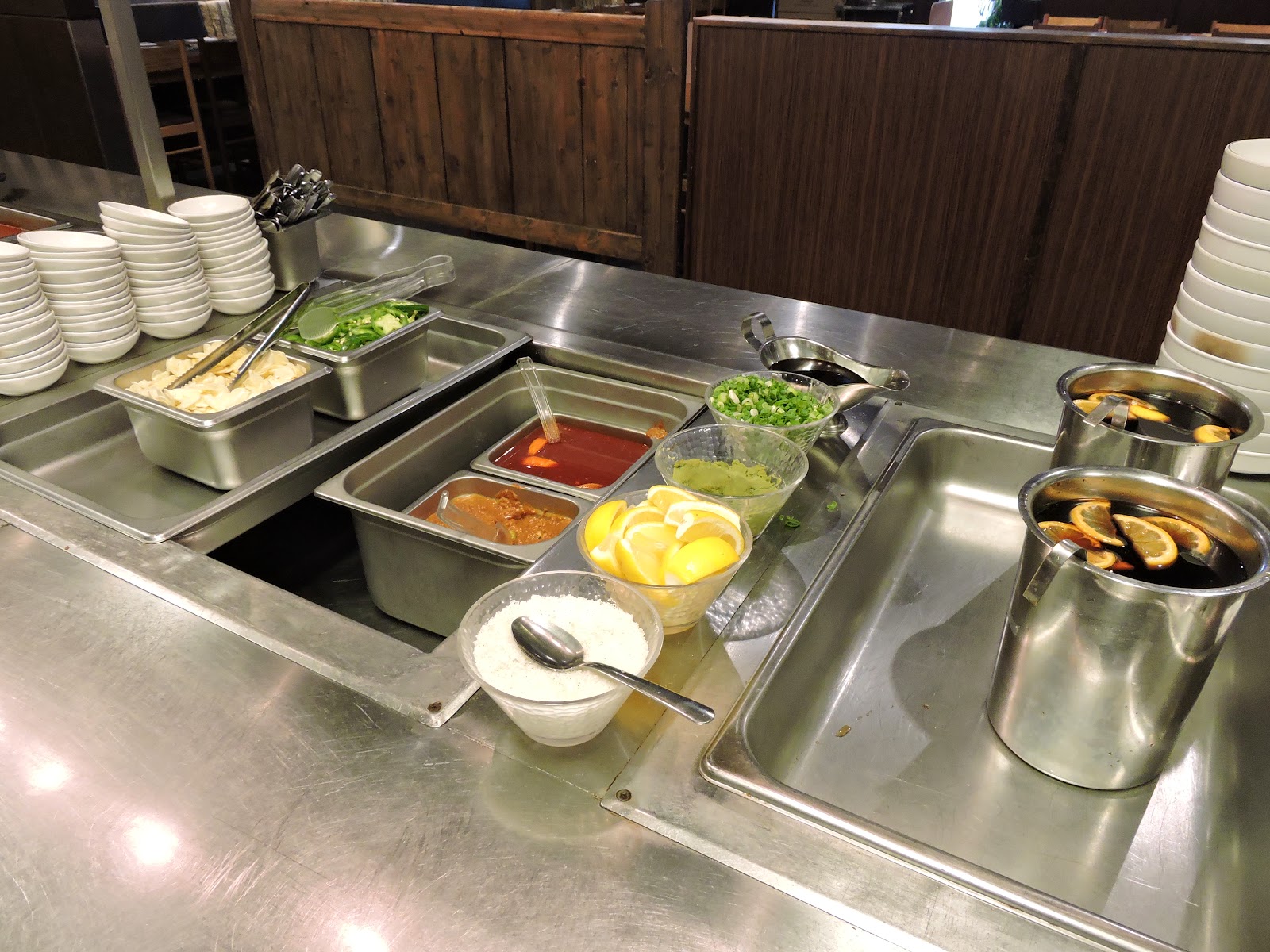 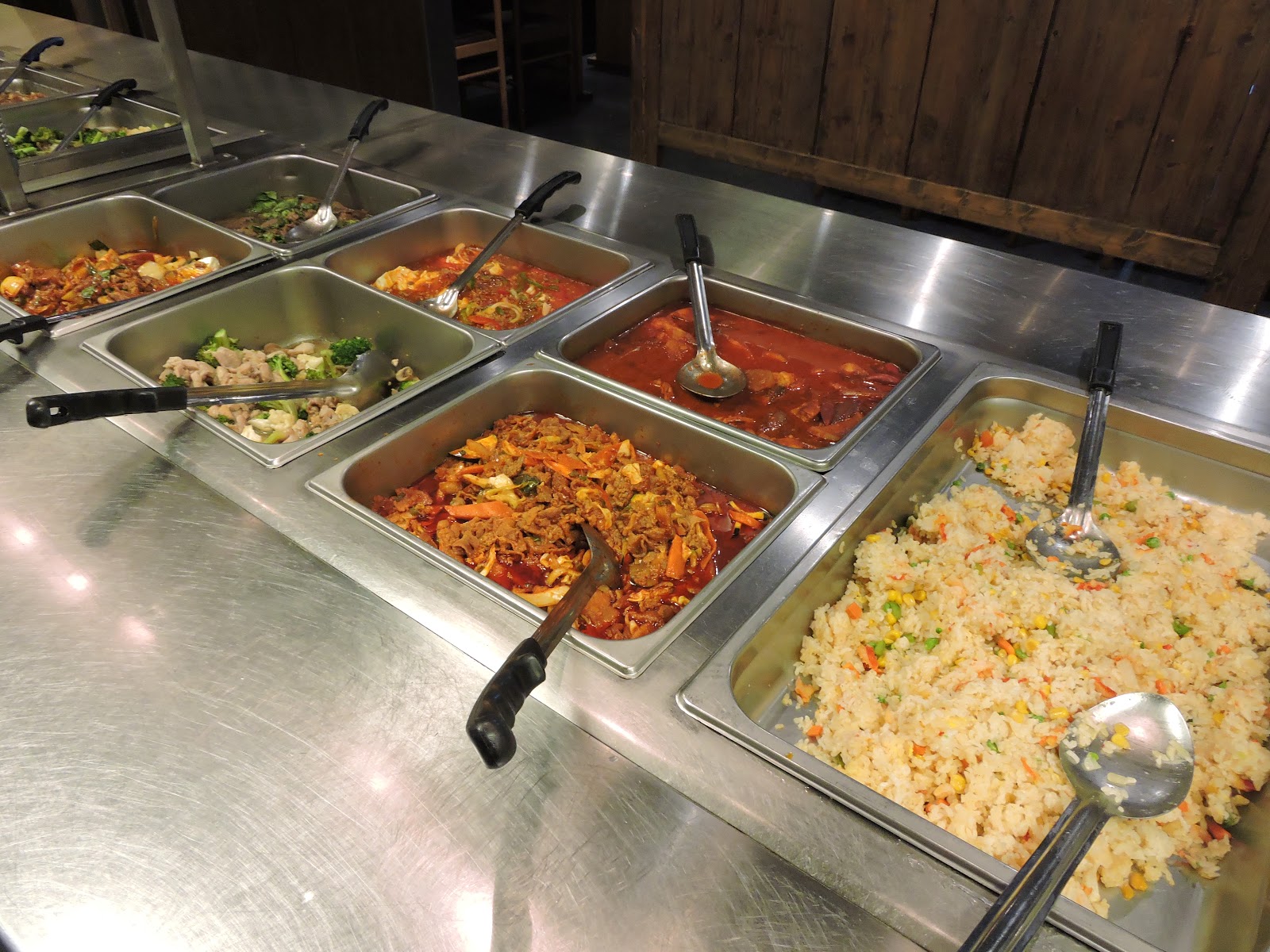 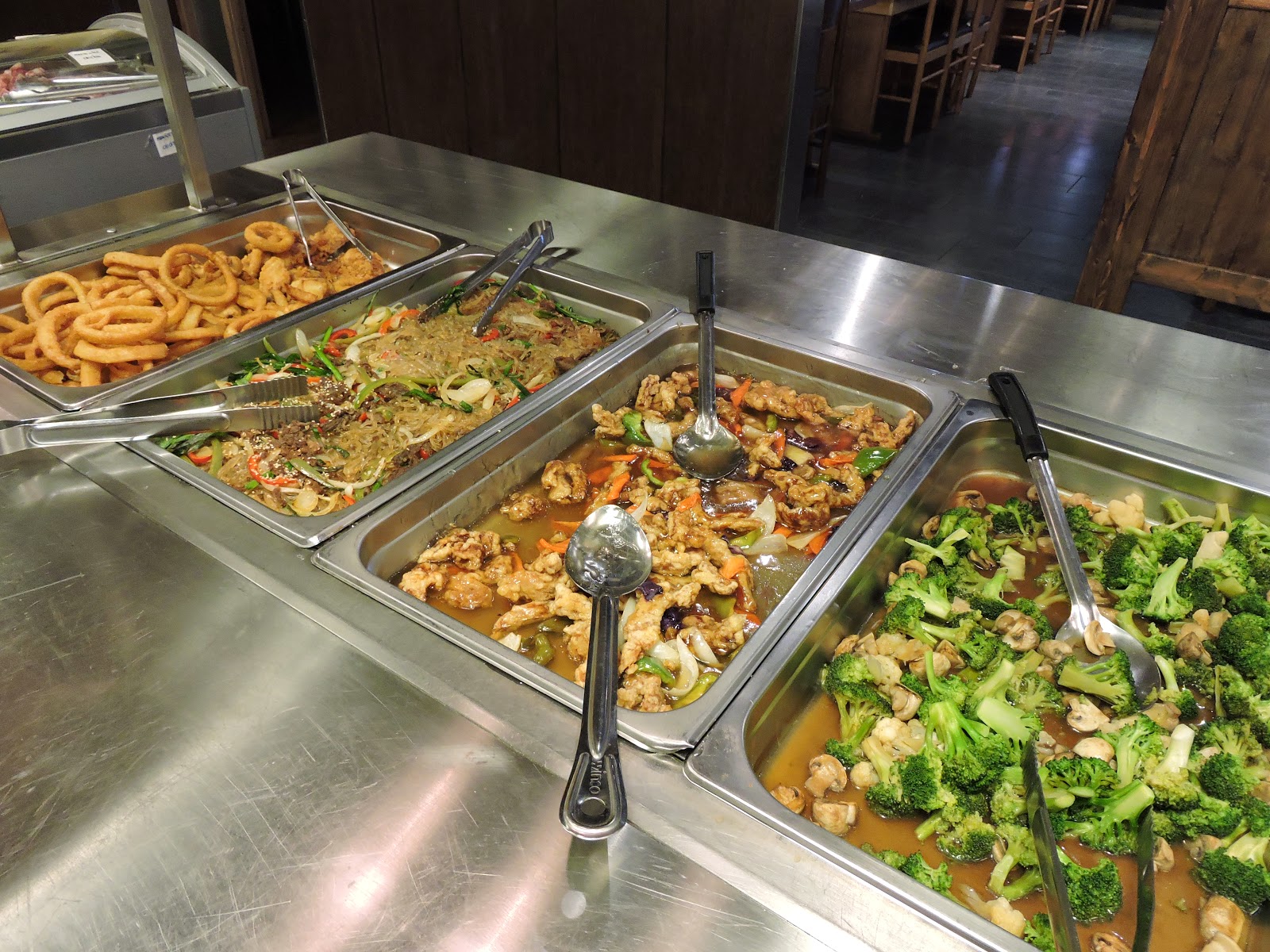 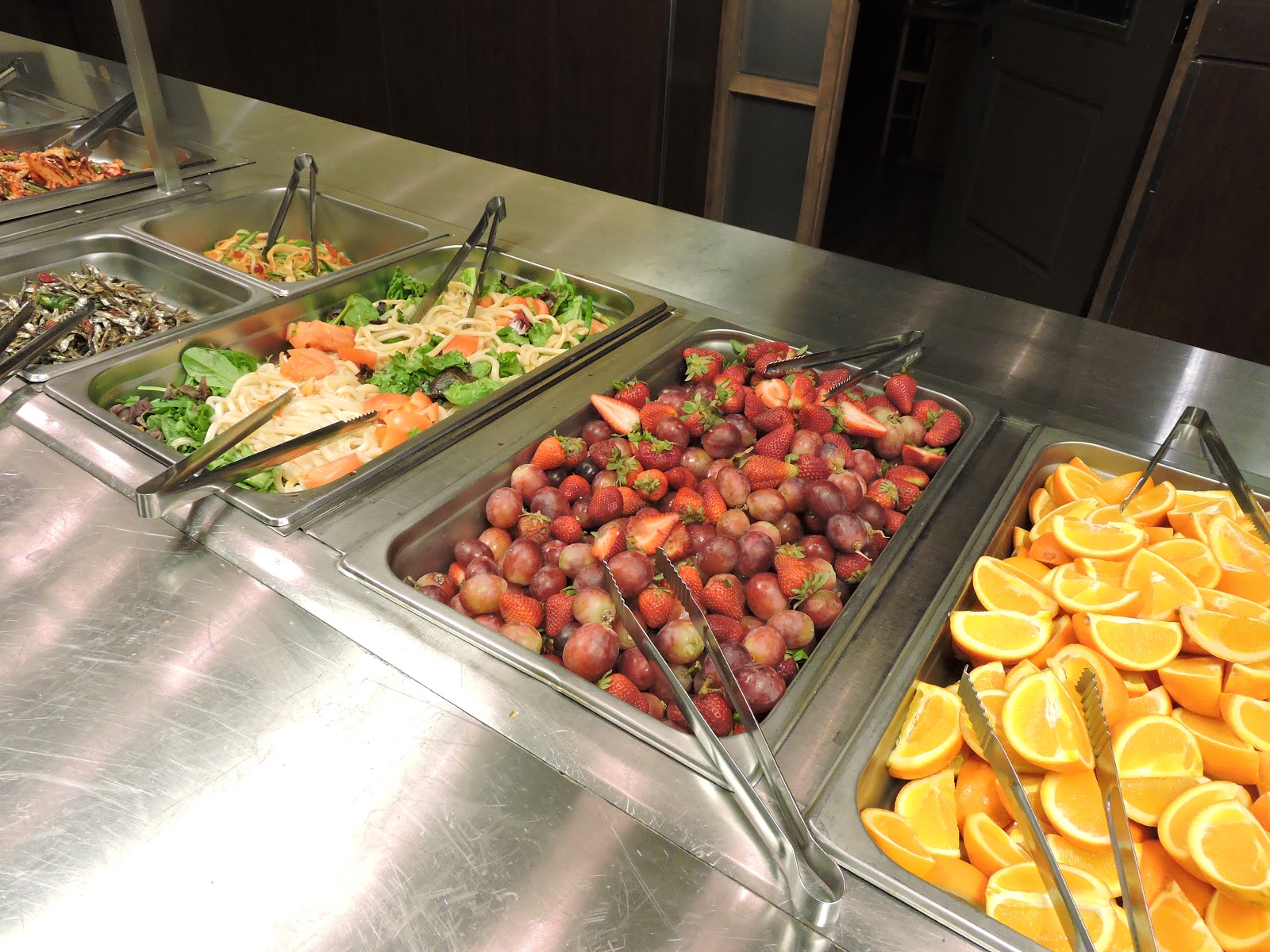 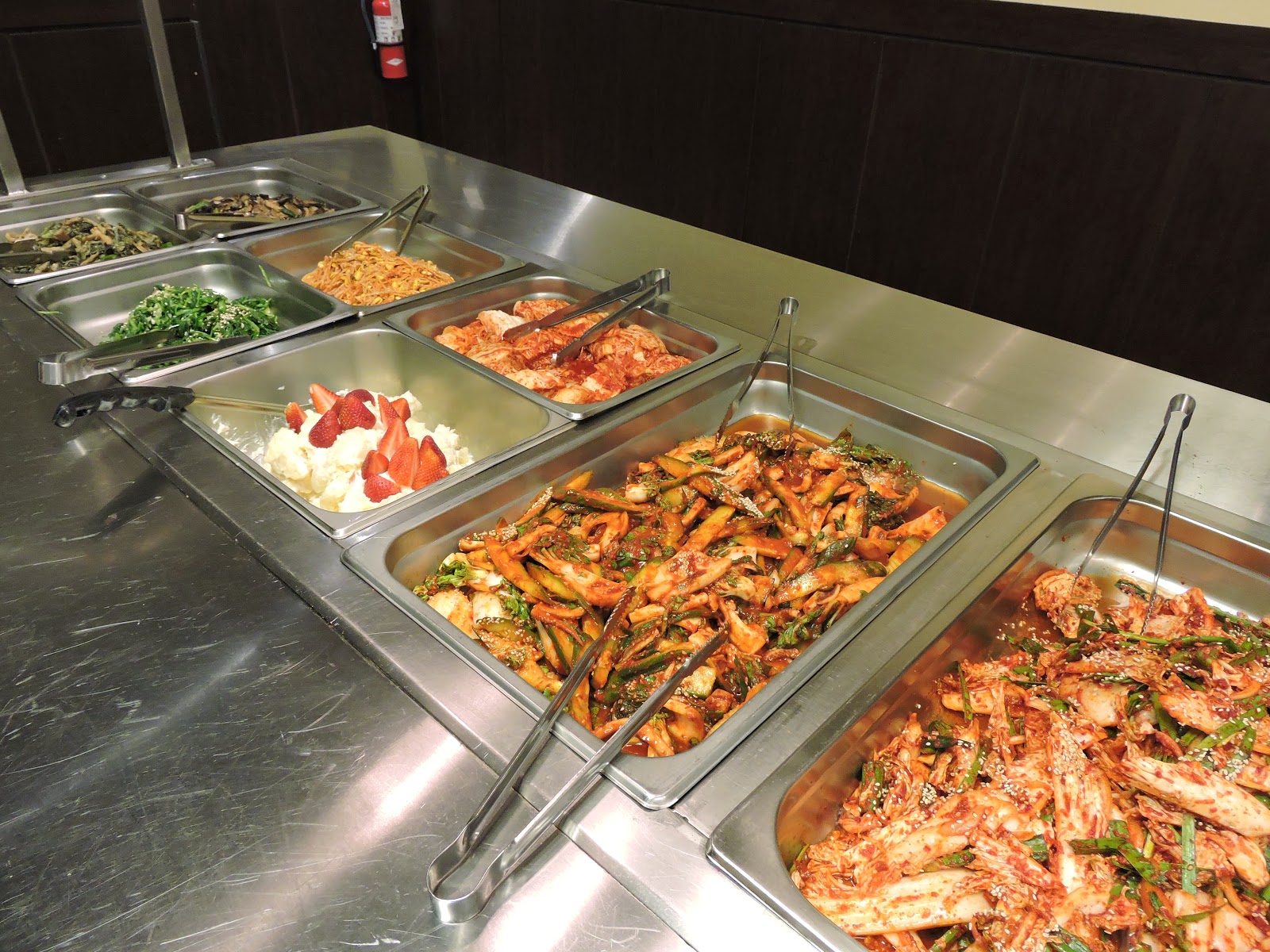 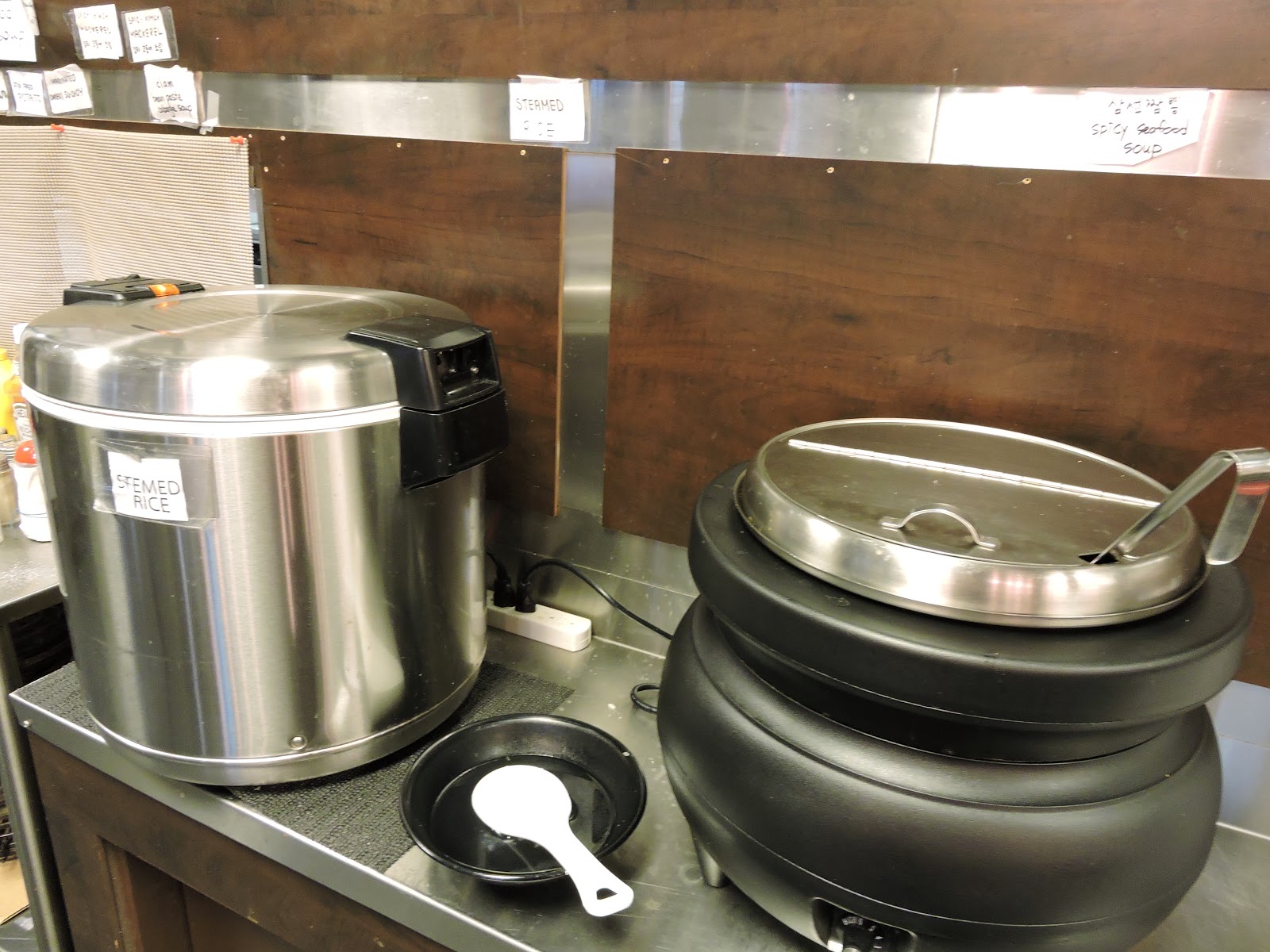 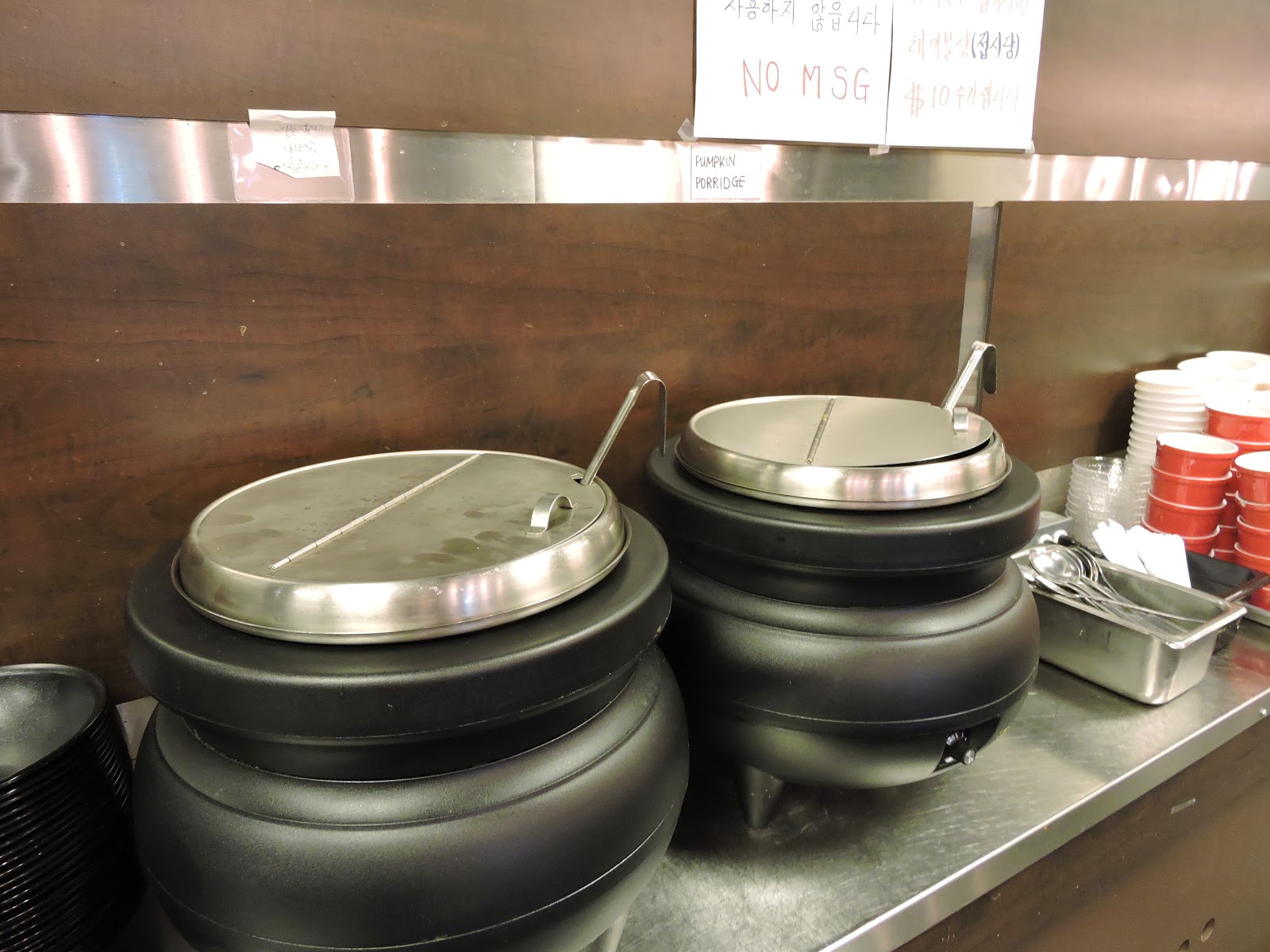 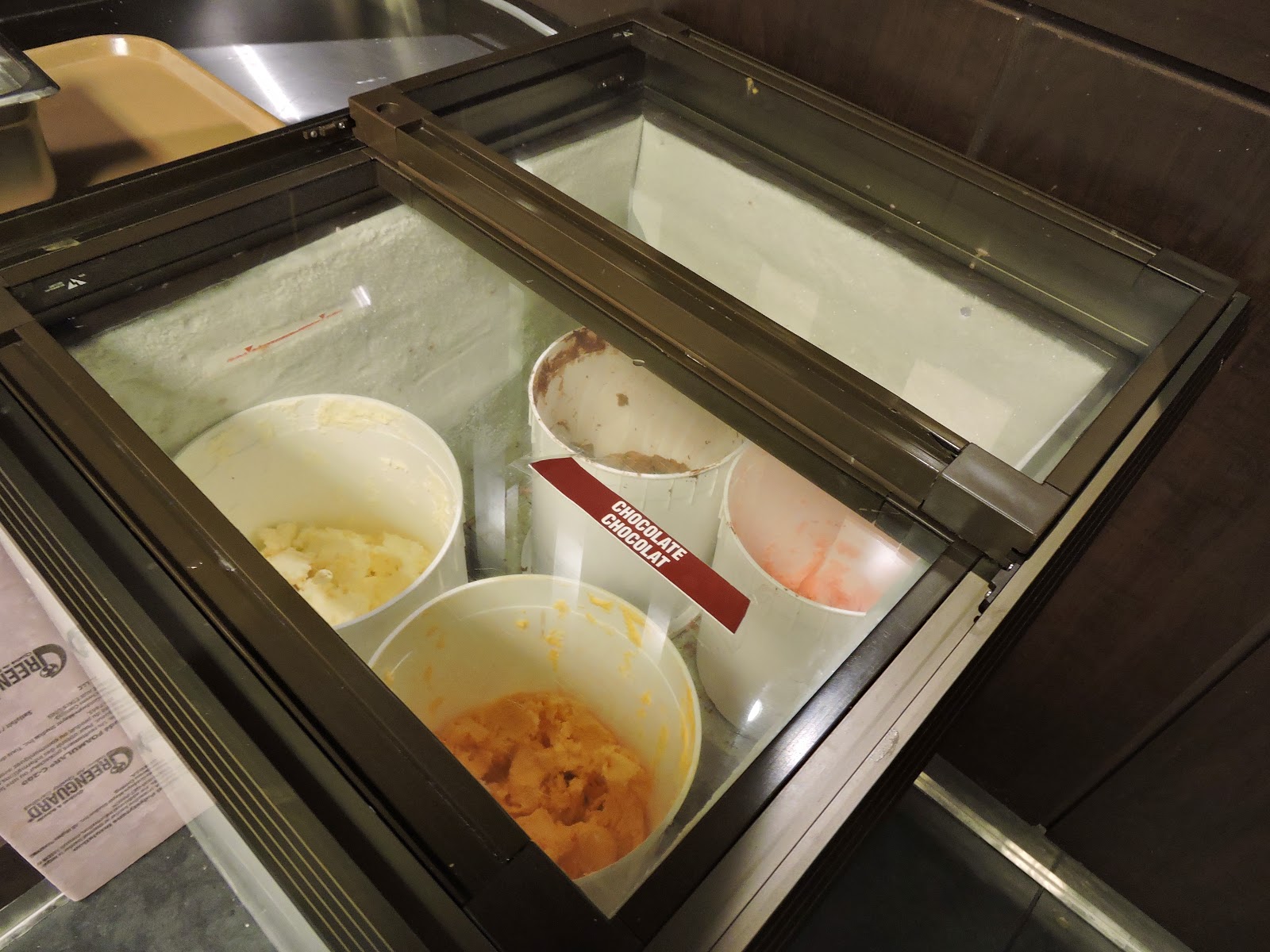 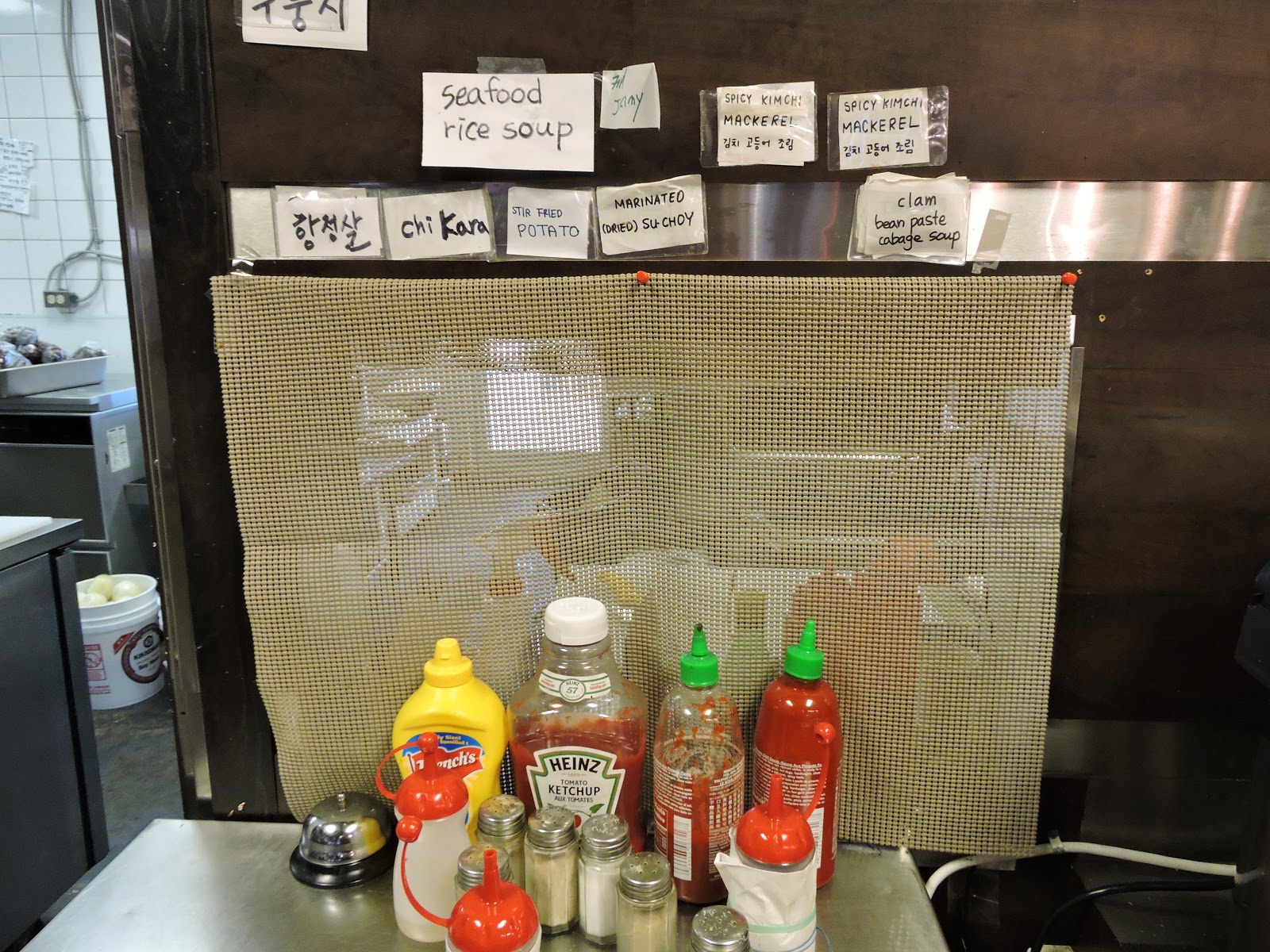 Before hitting the raw meats for the grill, I ventured to the cooked foods.  In the cold area, there were different types of kimchi vegetables (spicy looking), some basic greens and some fruits.  Very few items were labelled correctly, others were either labelled incorrectly or not labelled at all.

The hot foods were hits and misses.  The deep fried items were pretty disappointing, either being quite bland or not crispy.  The fried rice was bland and wet.  The broccoli and chicken stir-fry was, again, bland.  The sweetened deep fried pork was good, but it would have been better if it was hot.  Most of the "hot" items here were neither hot nor even lukewarm.  I would say these "hot" food were mostly room-temperature.

The only two items that were actually "hot" were the Spicy Seafood Soup and the Pumpkin Porridge.  The seafood soup had lots of seafood in it: crab legs, mussels, shrimps and clams.  The seafood ingredients were frozen-quality, but the combined essence made the broth bold and flavorful.  Rather than calling it a pumpkin porridge, it was more like a thickened pumpkin soup with no rice or cereal.  Buddha Girl really enjoyed this smooth, rich and lightly sweetened soup.  Yes, she went back for seconds. 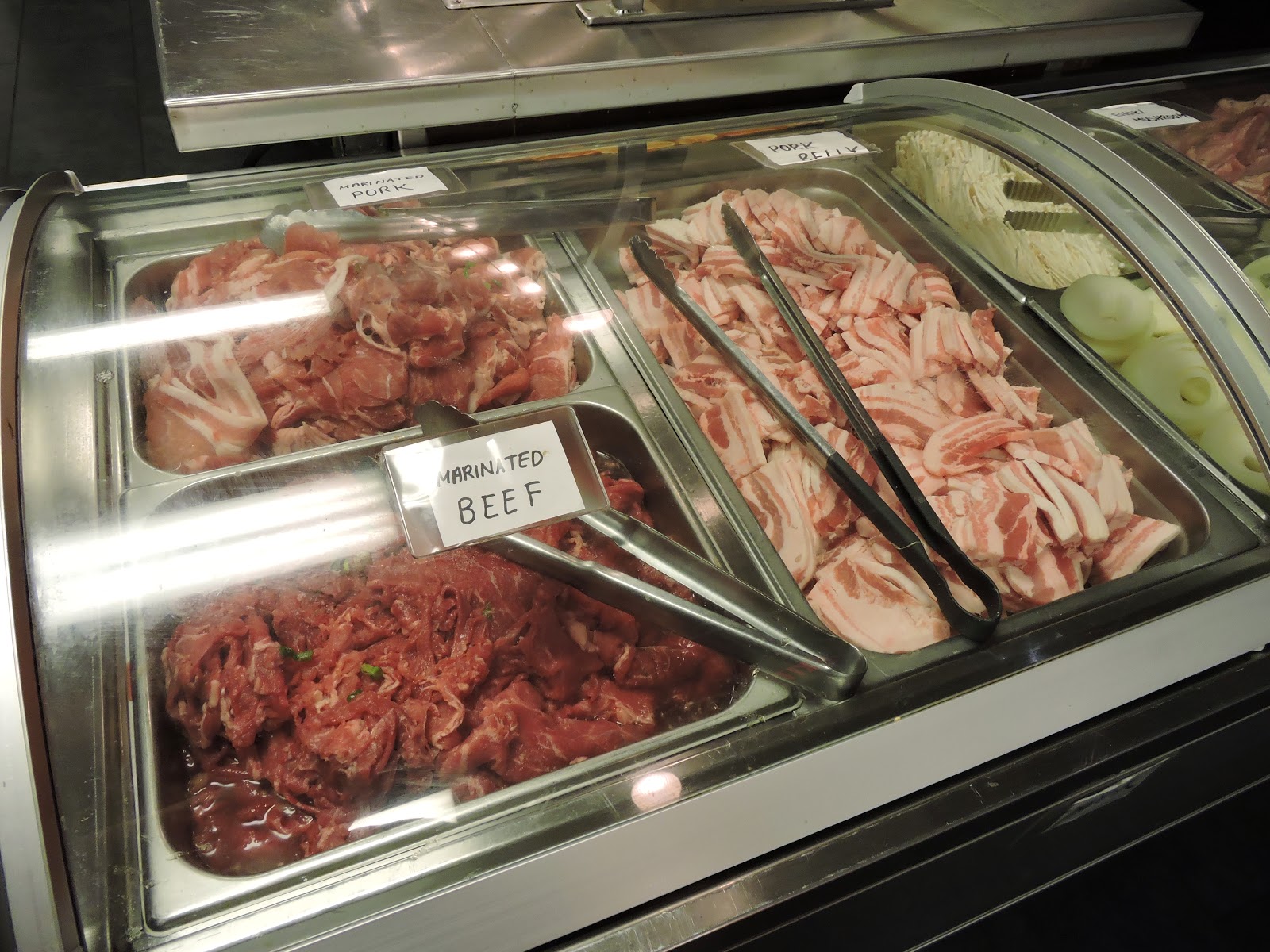 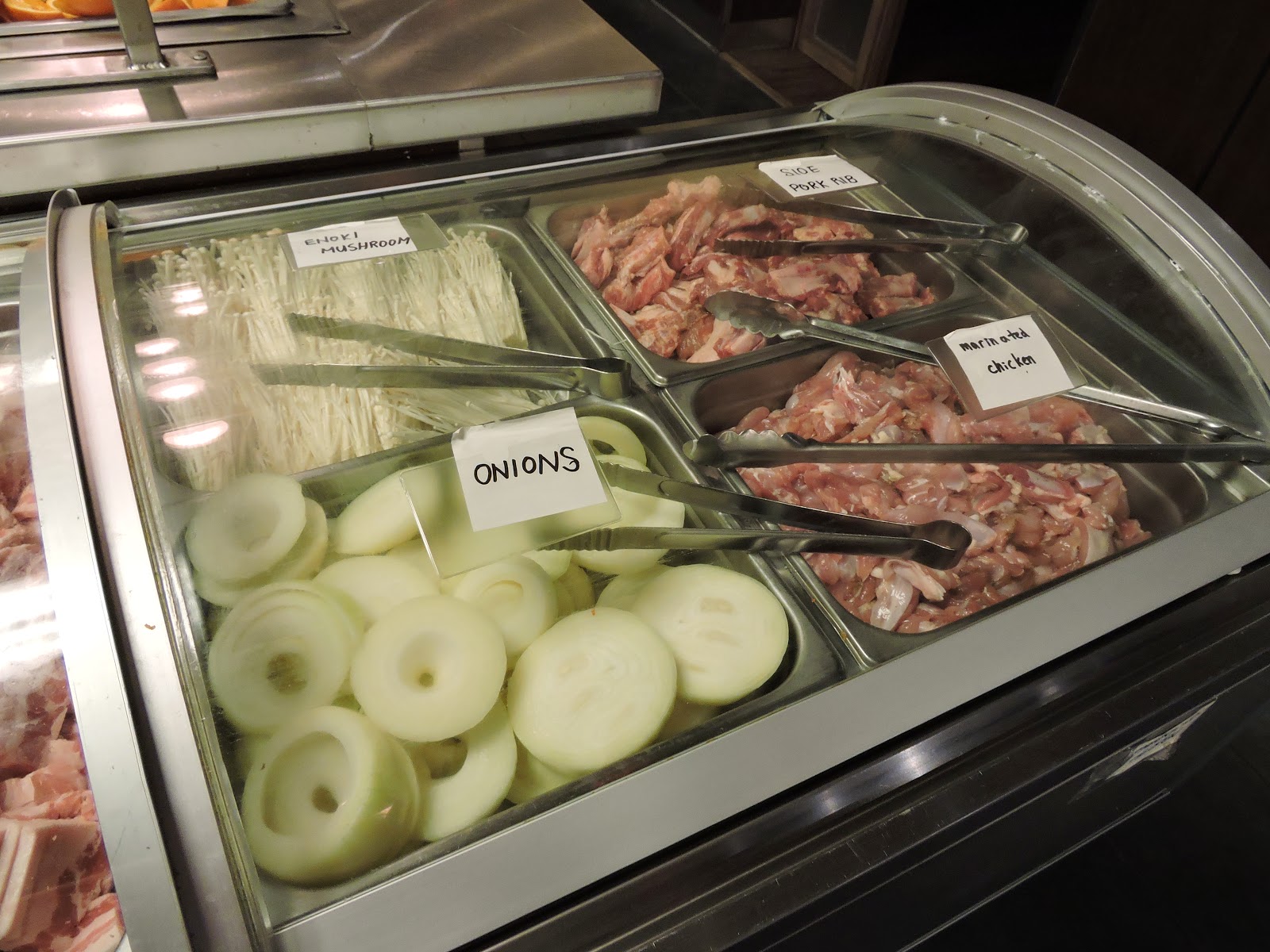 Now to the buffet-style meats...means you go up to the cooler, you grab the meats, your bring back to your table and you grill it.  On this day, there were Marinated Pork, Pork Belly, Pork Ribs, Beef and Chicken.  In addition, there were Enoki Mushrooms and Onions for the grill as well. 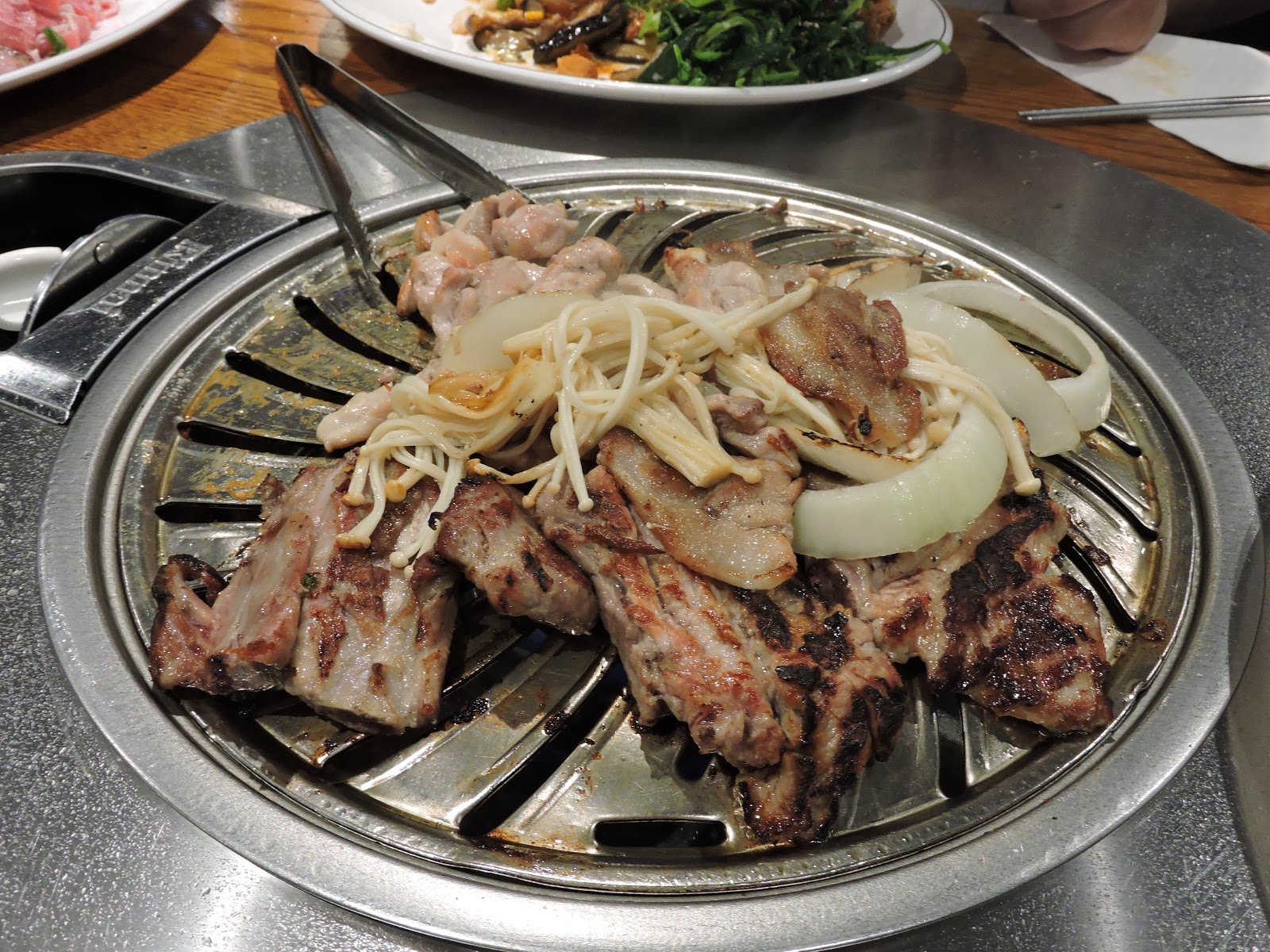 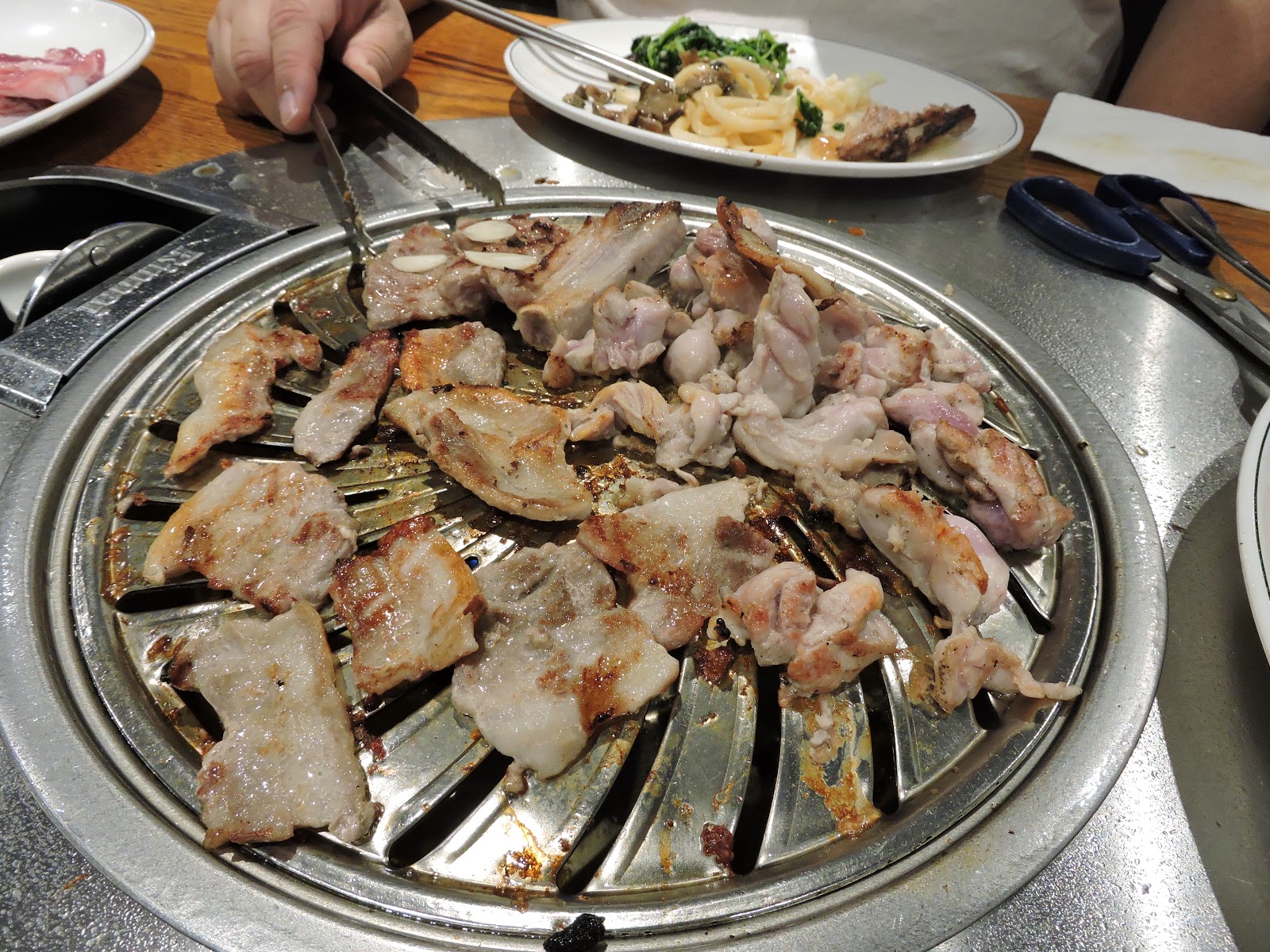 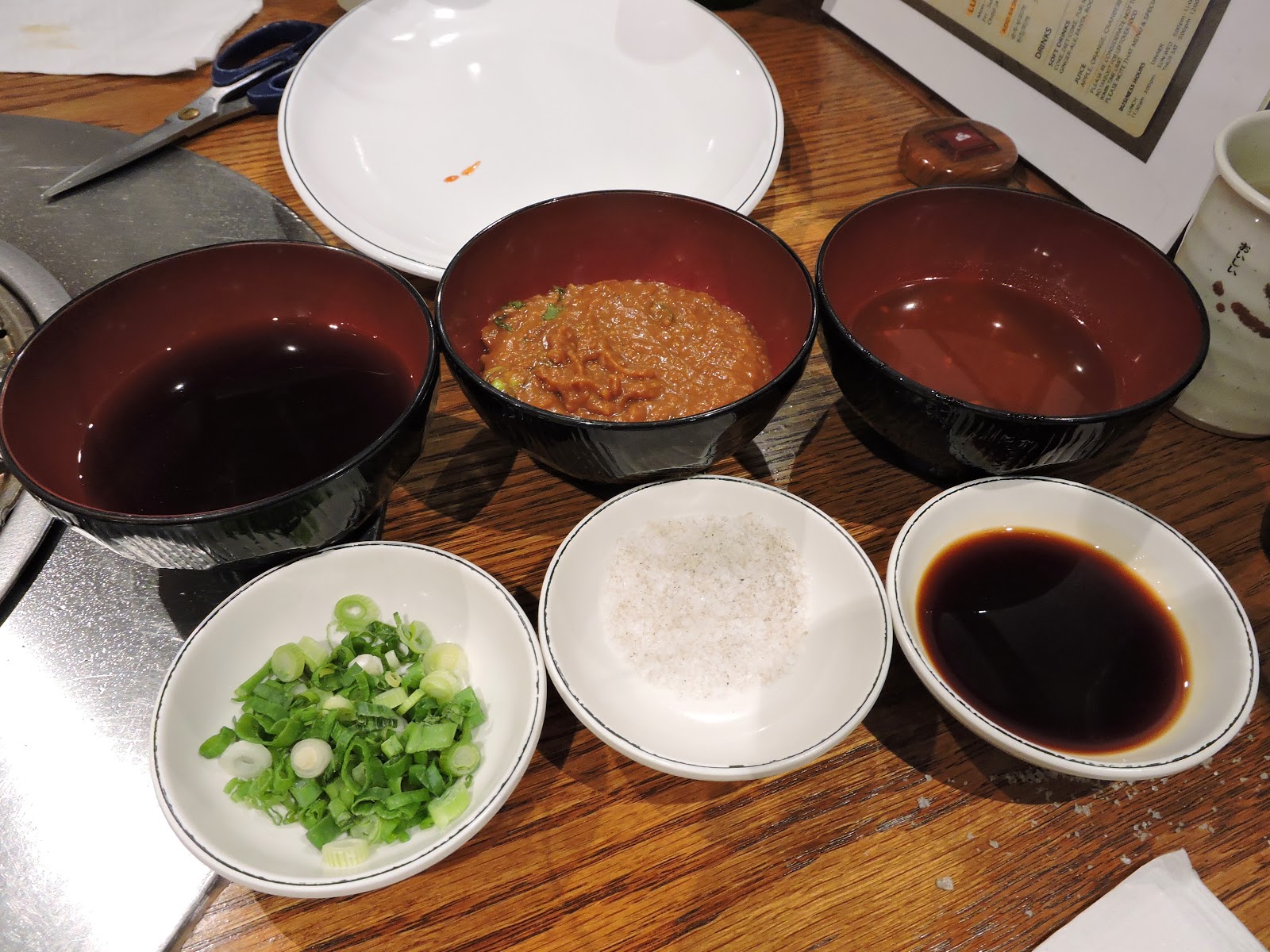 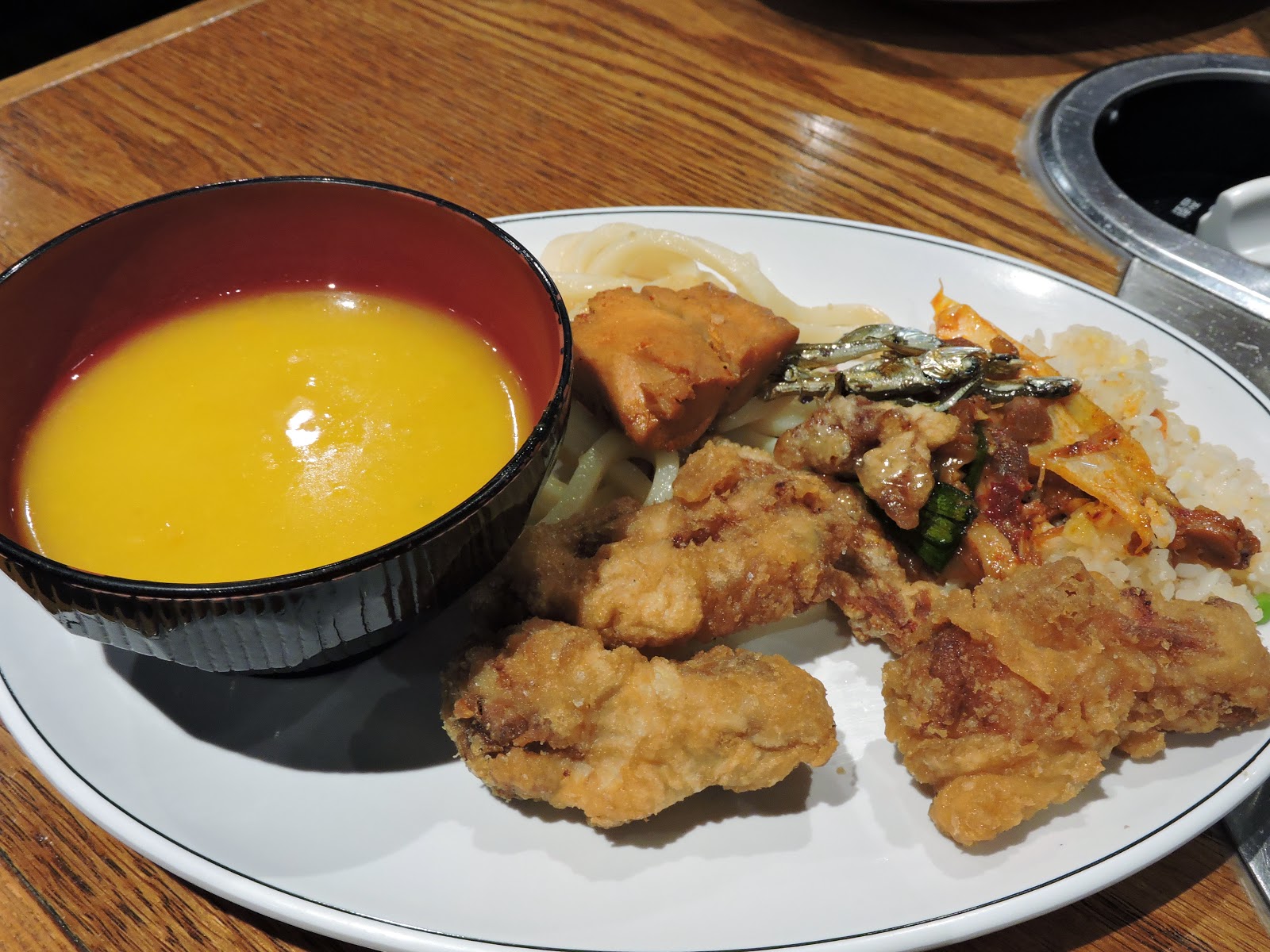 With the grilling, it's really a DIY job here.  The servers would walk by frequently to monitor the heat being too high or too low.  Grill plates were also changed regularly.  Service, overall, was quite attentive and friendly.

Honestly, the meats were pretty bland, so sauces and condiments (in the buffet area) were really needed.  Other than the chicken (which was cut too small and broke apart easily while grilling) and the beef (which we both don't eat), the meats were acceptable. 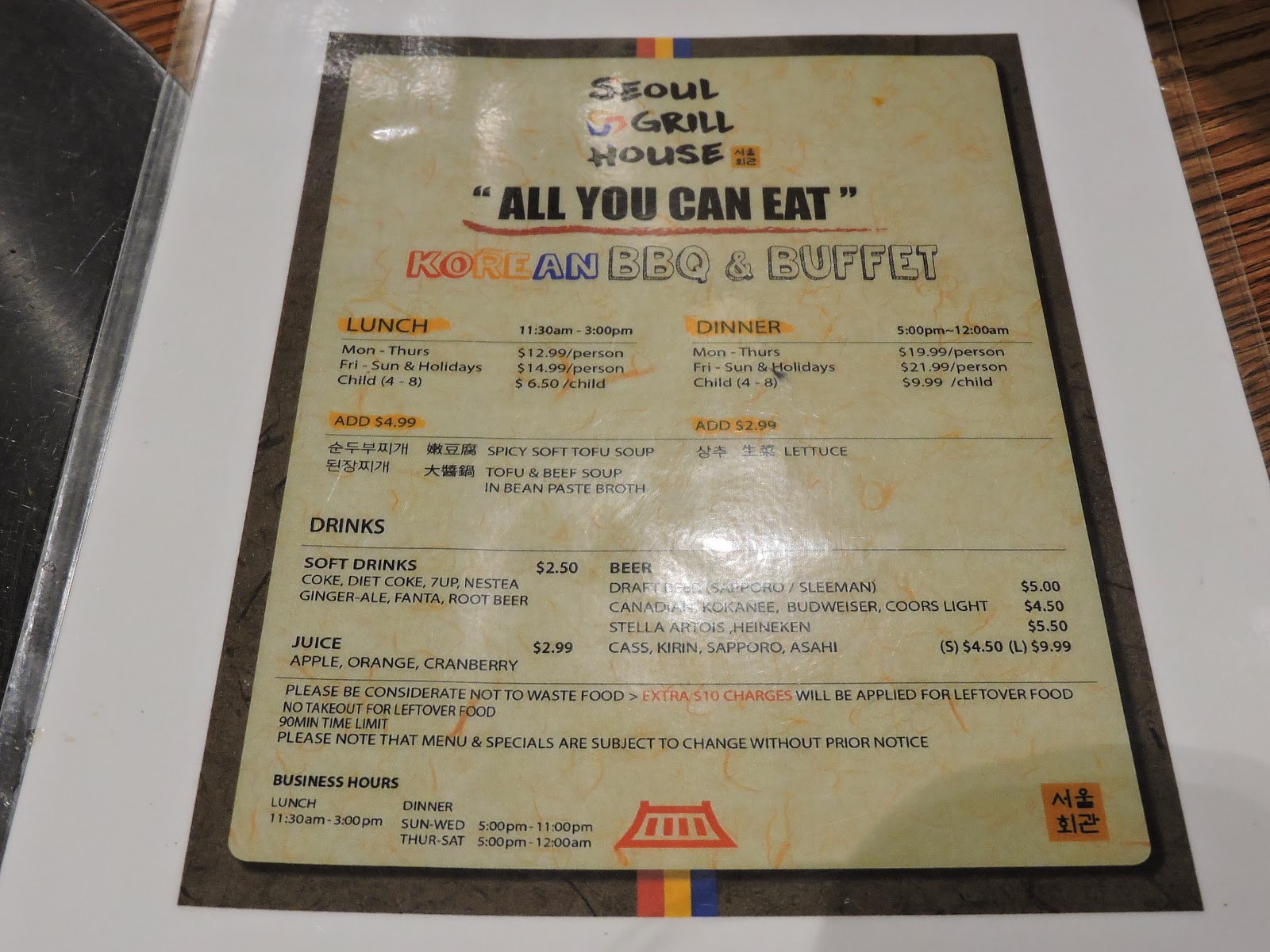 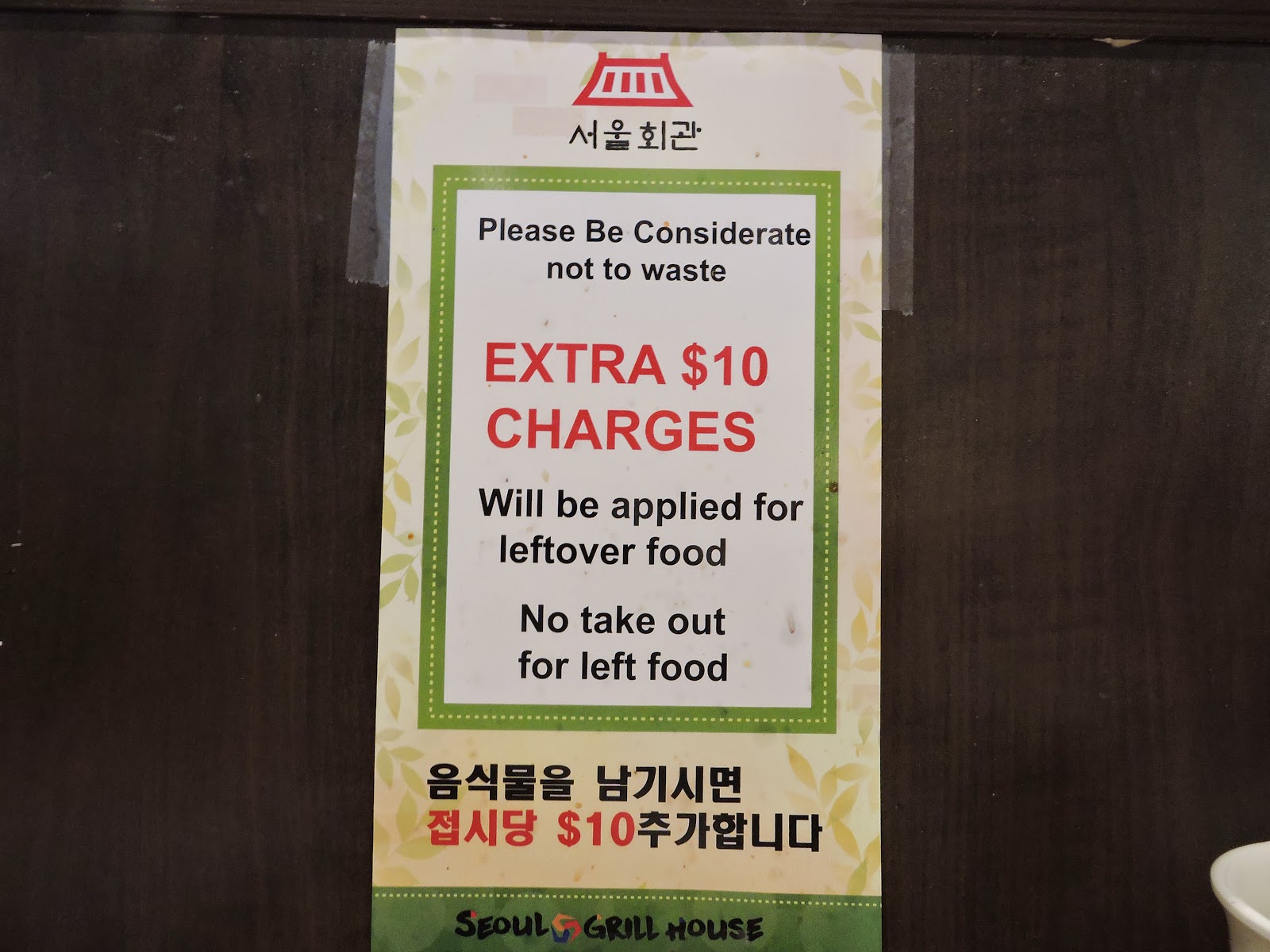 For the price, we would definitely return.  My advice is to stick to mainly the grill meats as the ready-to-eat items were quite disappointing.