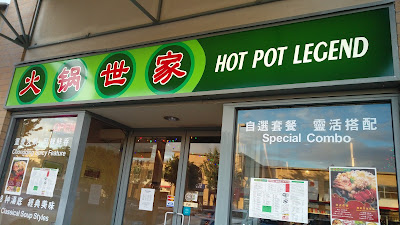 Since Buddha Boy planned to work OT, I was suppose to have dinner with my brother, Worm.  I even made an appointment with him.  But, of course, siblings love ditching one another for surprise popup functions...it's all part of being a family!  LOL!

Not sure if I had any food (or enough food) at home, Buddha Boy sets off his panic attack and decided to take all of his OT work home.  Honestly, I do have food at home, something as simple as instant noodles with spam would always satisfy my tummy.  But my husband insisted that we must head out for some real food.

Okay now...where to go and what to eat?  Buddha Boy drove into Richmond and decided to eat somewhere in Continental Plaza 置地廣場.  Ramen?  Nope.  Taiwanese food?  Nah.  Fish soup noodles?  Closed permanently.  Buddha Boy narrowed his choices down to Japanese tapas or hot pot.  Since I knew fat boy is never a fan of hot pot, I already began walking towards the tapa joint.  But, to my surprise, my husband chose AYCE hot pot...

Really?  Seriously?  Is that truly what you want?  I'm good if you are determined.

The restaurant currently opens daily from 5pm to 10pm.  We walked in at about 8pm and there was only one other group of diners.  The first floor of the restaurant has a set up for mostly groups of four.  There's a large room upstairs which can accommodate up to twenty-five people. 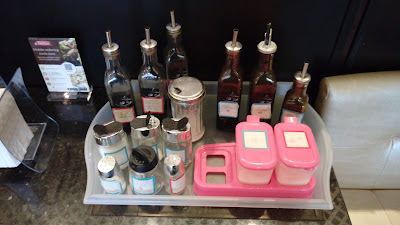 Soy sauce, vinegar, salt and pepper are free.  Other dipping elements cost extra.  Prices vary from $0.75CAD to $1.50CAD depending on what sauce or ingredient requested. 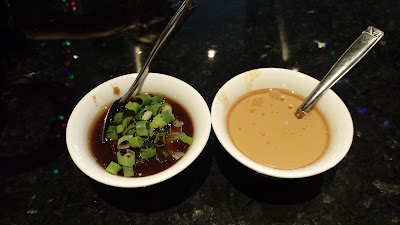 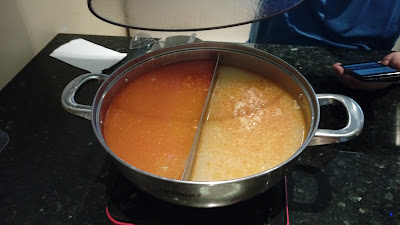 Other than the Plain Soup Base 清汤 (clear broth), which is free of charge, all other soup bases cost extra.  We opted for a pot of Double Soup 自选鸳鸯 for $10.00CAD.  Buddha Boy wanted Thai Tom Yam Goong 泰式冬阴 (left) and I chose Satay 南洋沙爹 (right).

After we handed in our order sheet, we could hear the kitchen turning on the meat slicer.  Our orders of frozen meat came out first and Buddha Boy was happy.  The plates of Sliced Pork 猪肉 (left) and Slice Chicken 鸡肉 (right) were thinly sliced for easier cooking and faster consumption.  We like! 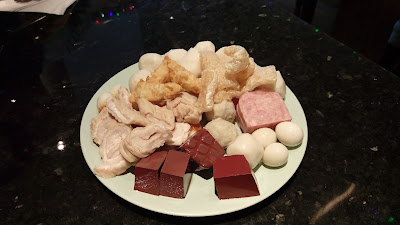 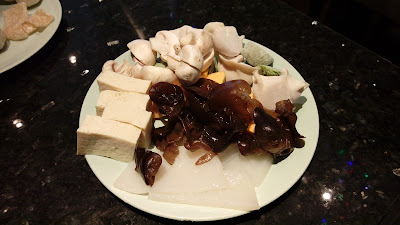 We were good kids, we had leafy greens.  We ordered Tong Ho 茼蒿 (left), Spinach 菠菜 (left, beneath the tung-ho) and Watercress 西洋菜 (right).  The vegetables were fresh, crisp and thoroughly cleaned strand by strand.  Impressive.

Not exactly sure why the Yam Slices 红薯片 (left) and Udon 乌冬面 (right) were served on plates of their own while others were in combo plates.

What surprised me the most was how delightful the house-made wontons and the house-made dumplings were.  The wontons used pork and some kind of leafy greens as its stuffing while the dumplings had pork and napa cabbage.  The sturdy yet springy flour-dough skin wraps kept the pudgy dumplings in its tight physique through the course on long-boiling in the pot.  With gentle and light seasonings, these were simple and comforting. 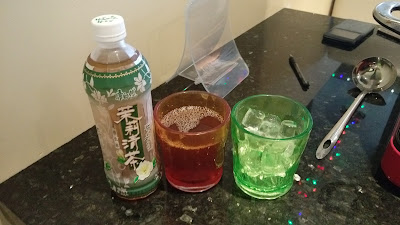 Buddha Boy had two bottles of Jasmine Iced Tea 茉莉清茶 while I had the bottomless house-made Plum Juice 自制酸梅汁.  Bottomless drinks also include Coke and 7 Up. 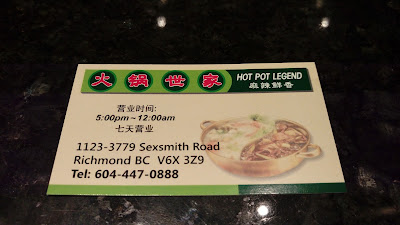 We enjoyed our visit.  While not the best, the ingredients used and served were proper and trustworthy.  The soup bases were solid and savory yet not greasy (at least for the two types we ordered).  We sat downstairs and it was clean, roomy and welcoming. 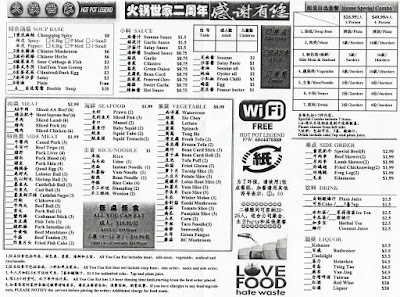 Service was pleasant, but do keep in mind that this is a ma-n-pa restaurant so service can be slow and sparse.  Price points are reasonable, especially when it offers complimentary clear broth.  Buddha Boy has listed this restaurant as his new to-go place for AYCE hot pot.